The small port of Kirinda on the south coast about 10km south of Tissamaharama is a strange and haunting place bypassed by most visitors. Here there is a rocky outcrop from which can be obtained some magnificent views of this desolate coast with its long stretch of sand dunes and the ocean beyond. On a clear day the lighthouse on the Great Basses Reef appears like a needle in the far distance. That's not all, for if you reverse your gaze you can see Tissamaharama in detail, especially the glistening dome of the Maharama dagoba.

With such an atmosphere, Kirinda is the appropriate setting of one of those popular legends that constitute early Sri Lankan history. In the 2nd century BC, a king by the name of Devanampiyatissa reigned over the west of the island from his capital at Kelaniya. Devanampiyatissa suspected a monk of being involved in an intrigue between the Queen and his brother. When the king had this monk put to death in a cauldron of boiling oil, both his ministers and subjects were horrified. Furthermore, the gods were annoyed and caused the ocean to flood the land.

Overcome with remorse, the king decided to atone for his sacrilegious act by making a sacrifice that would impress on his people the sincerity of his repentance as well as appease the gods. Accordingly he built a boat of gold, provisioned it with enough supplies for one person for one month - and placed in it his eldest daughter. The boat was then cast adrift, with an inscription to inform anyone who should come across it that aboard was a princess.

Days later a lone fisherman spotted the strange looking craft as it drifted off Dovera, near Kirinda. Drawing closer he read the inscription and carried the news to the King of this southern region, Kavantissa, who resided nearby. The princess was rescued, brought before the king, and given a warm welcome. Eventually Kavantissa married her and named her Viharamahadevi. She bore him two sons who were to become national heroes. The eldest, Gemunu, became King Duthugemunu (161 - 137BC), who united the Sinhalese for the first time after defeating the Tamil king Elara.

Several kilometres inland from Kirinda, at a place called Gotimbaragodella,there are traces of the ruins of a palace, where it is said Kavantissa welcomed and later wed Viharamahadevi There are also some ancient monuments at Magul Maha Vihara, near Palatupana, just within Yala National Park, where the pair are said to have spent their honeymoon.

The popularity of this romantic legend makes Kirinda a focal point for pilgrims. They come specifically to the rocky outcrop - a group of boulders piled up in bizarre fashion - to see a modern statue of Viharamahadevi and make offerings at a dagoba built on the ruins of an ancient one erected to commemorate the safe conclusion of the princess's voyage. Kavantissa's royal coat of arms - featuring the sun and the moon - were carved on a boulder nearby to mark the landing place. 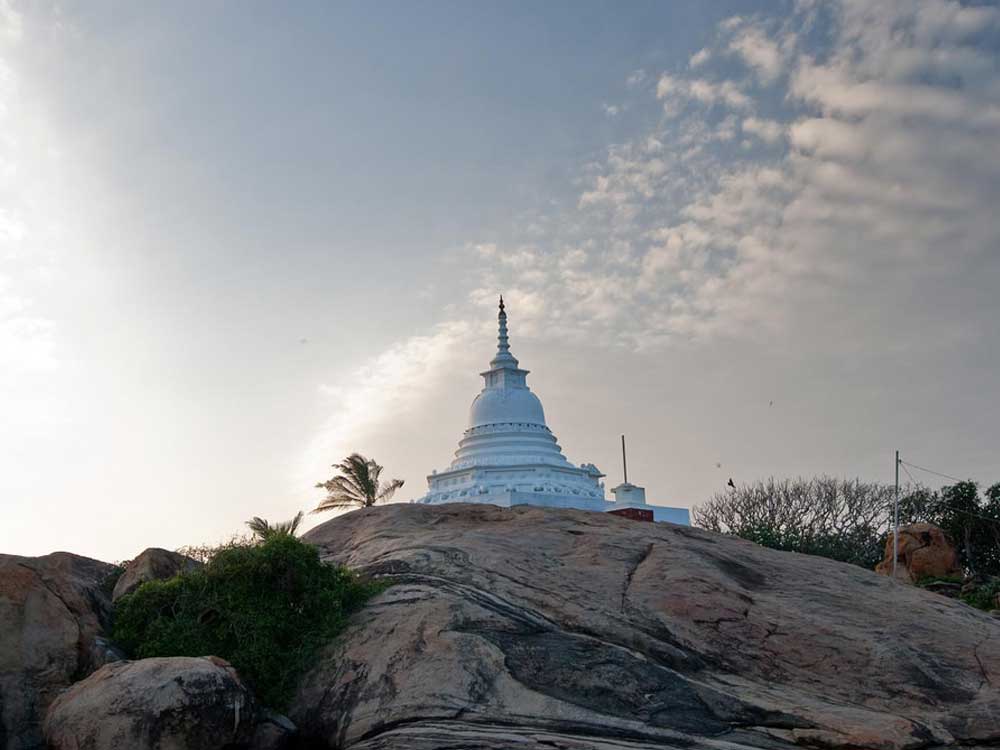 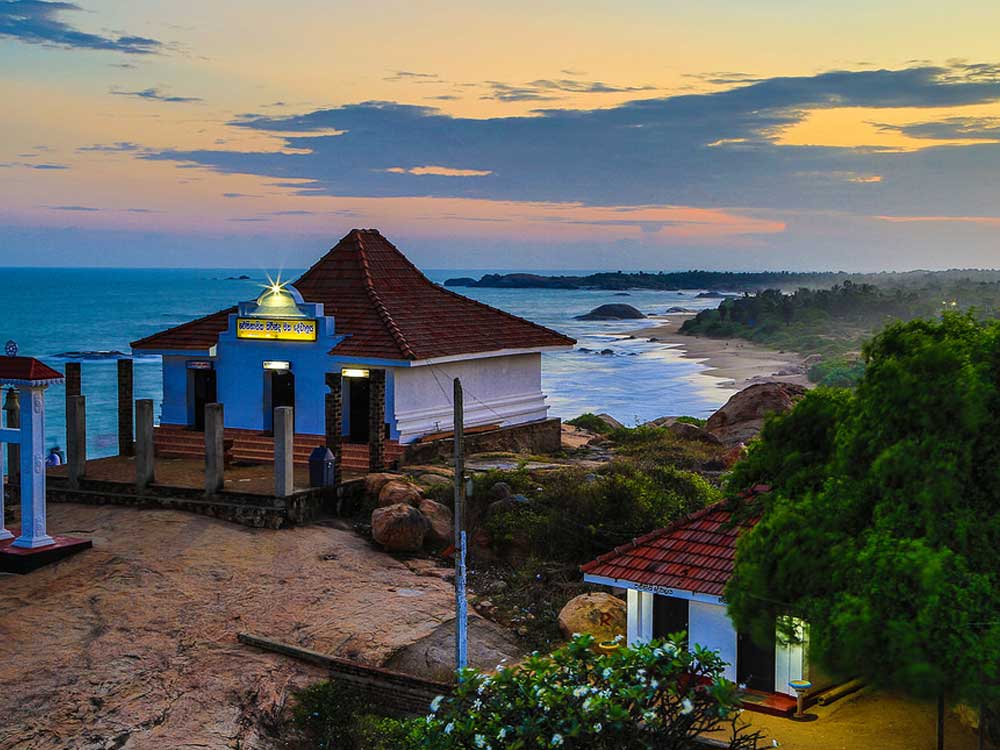 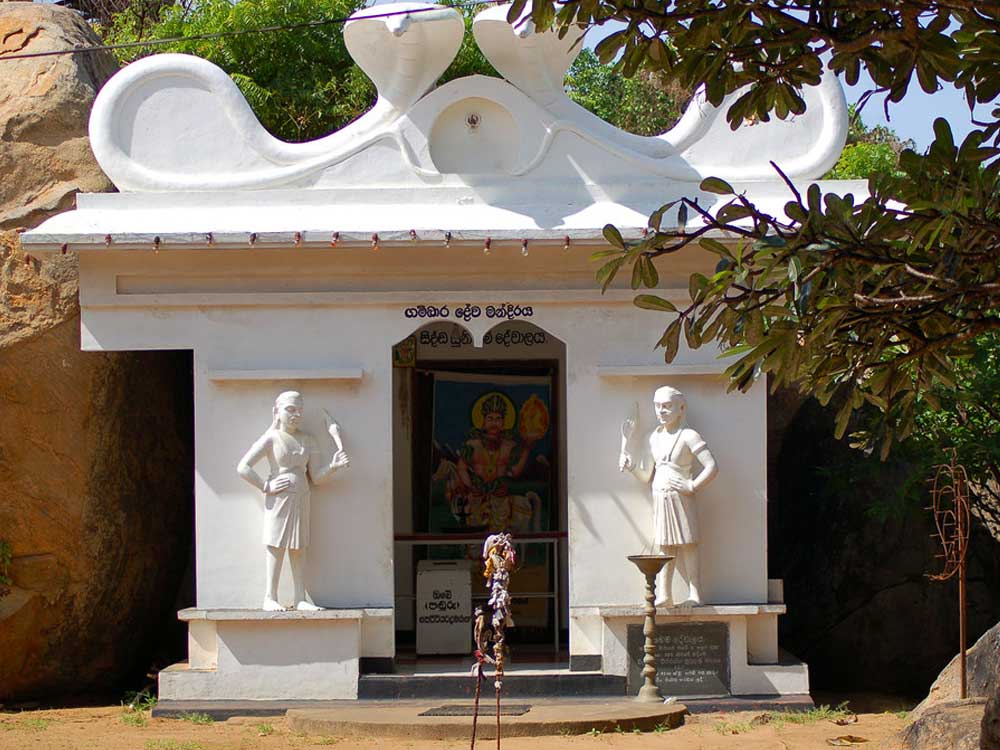 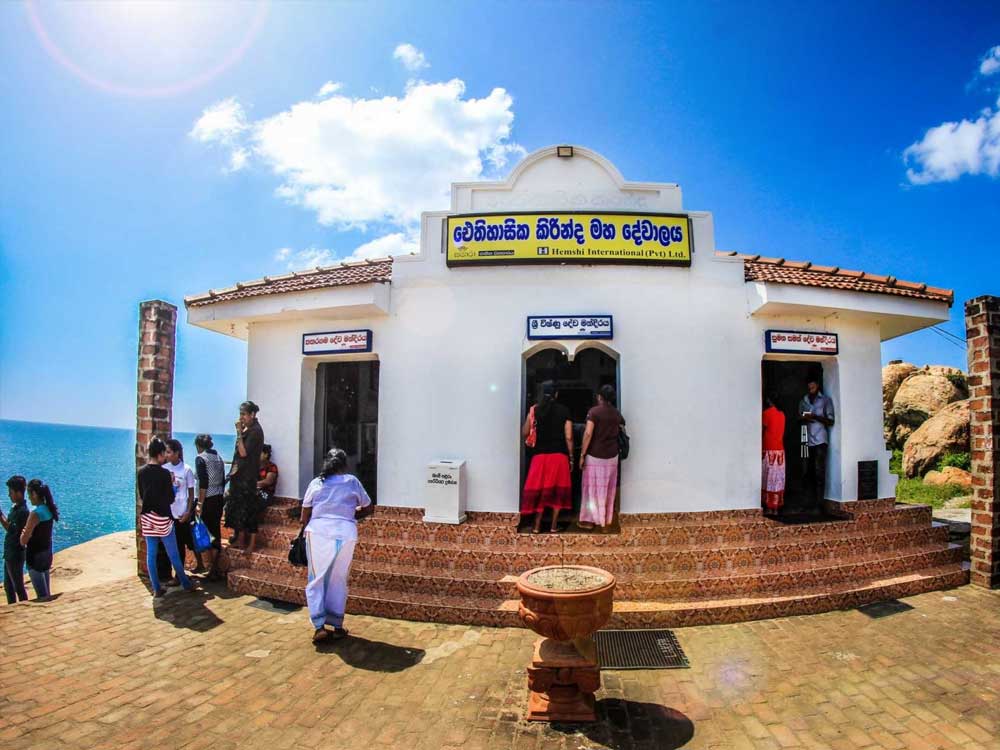 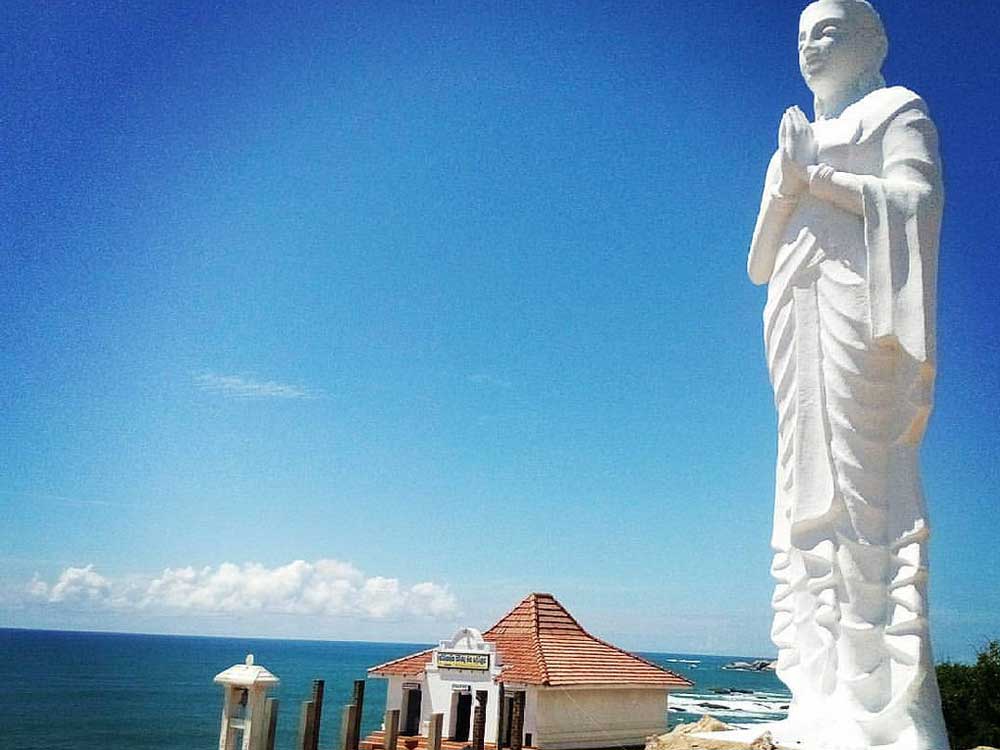 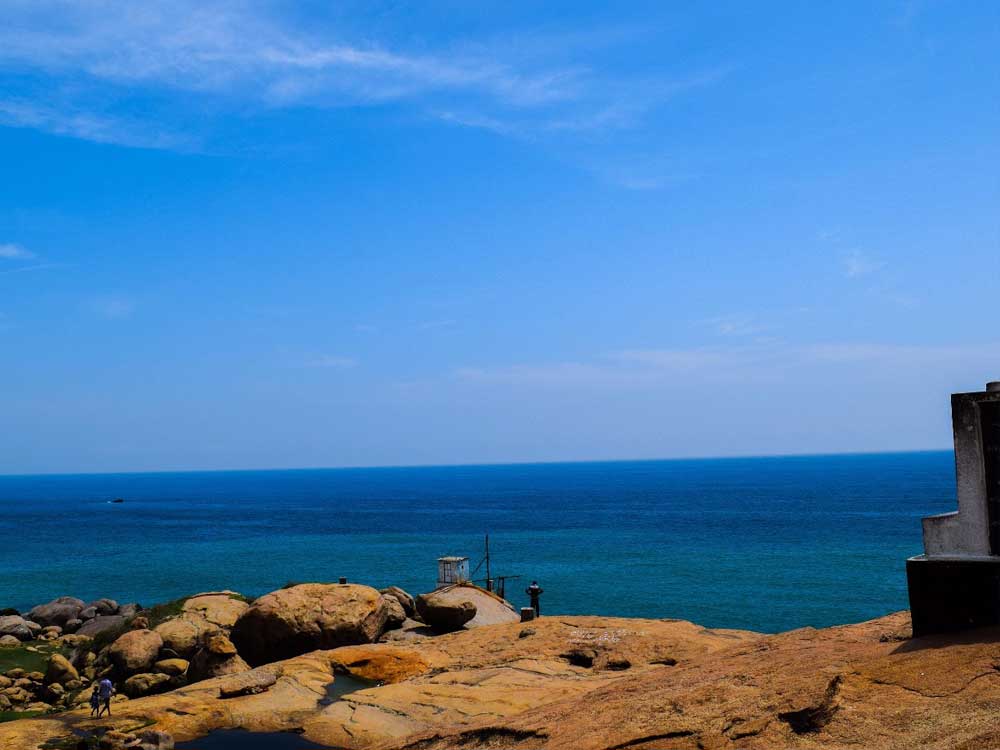 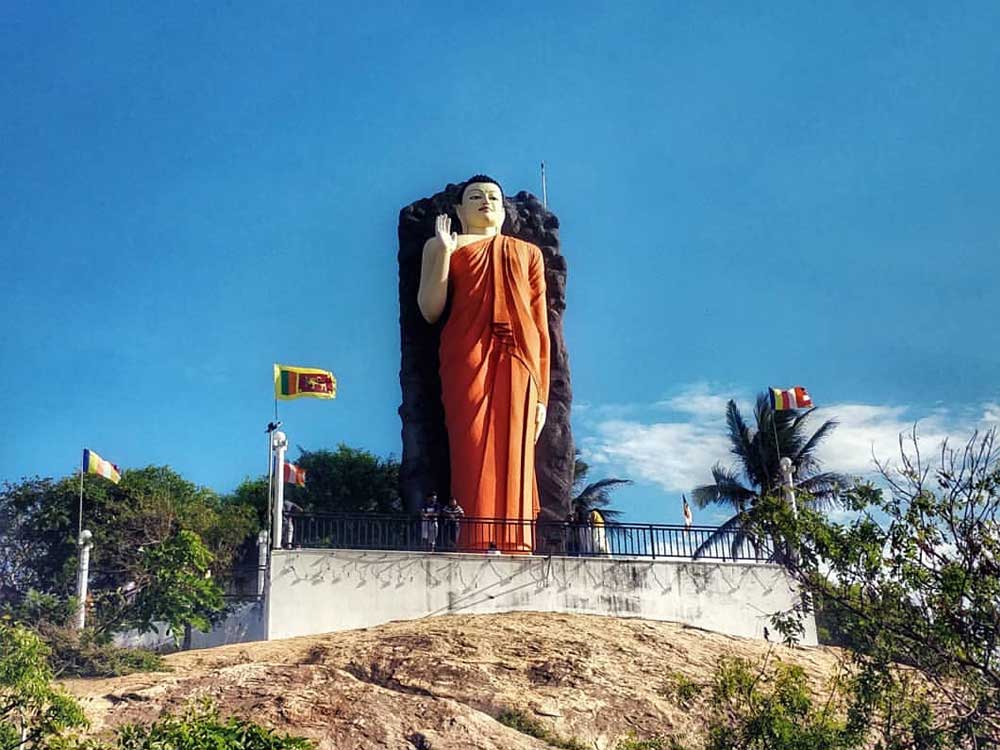 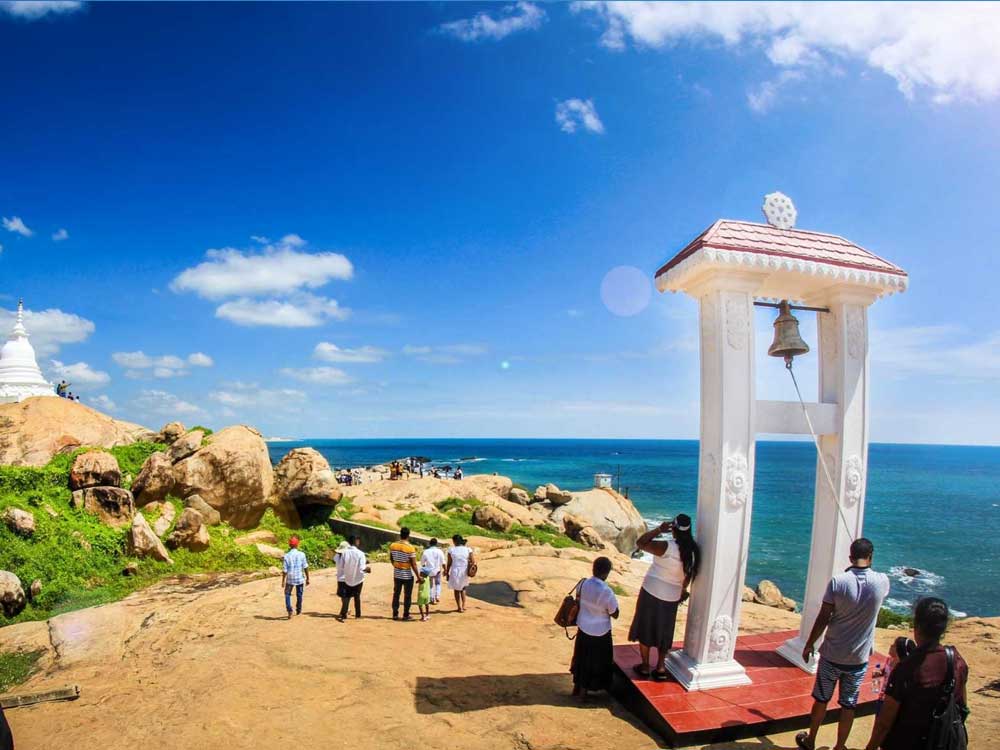