Kalametiya (Pronounced Color-mati-yer) is a fishing village on the South-Eastern coast of Sri Lanka, close to the Kumana bird-life sanctuary and located in the Hambantota district.

Kalametiya is a coastal wetland area that has an especially rich bio-diversity, and is situated on the picturesque southeastern coast of Sri Lanka, in the district of Hambantota. It, along with Rekawa and Ussangoda, forms an area known as “Ruk,” a coastal belt of land of outstanding beauty littered with numerous bays, coves, lagoons, rocky outcrops and sandy beaches, stretching from approximately Tangalle to Hambantota.

The Kalametiya lagoon is a brackish water body situated approximately 215 k.m on the Colombo to Tissamaharama road. It lies adjoining the Hungama village and is approximately halfway between the Tangalle and Ambalanntota. Extensive reed beds, forests of Mangrove and other wetland trees and salt marshes fringe this engagingly beautiful lagoon. Its waters are separated from the sea by a narrow strip of beach and only flow out to it through a narrow outlet that periodically closes completely.

The flood plain, reed beds and Mangrove forests around the Kalametiya lagoon are home to an extensive range of Sri Lanka’s rich array of indigenous bird life and other fauna. It also regularly attracts numerous species of migrant birds such as Garganey and Pintail Duck, Redshanks, Godwits and Snipe. It was declared a sanctuary in 1984 and designated a “Special Area Management Site” under the Coastal Zone Management Plan for sustainable development. 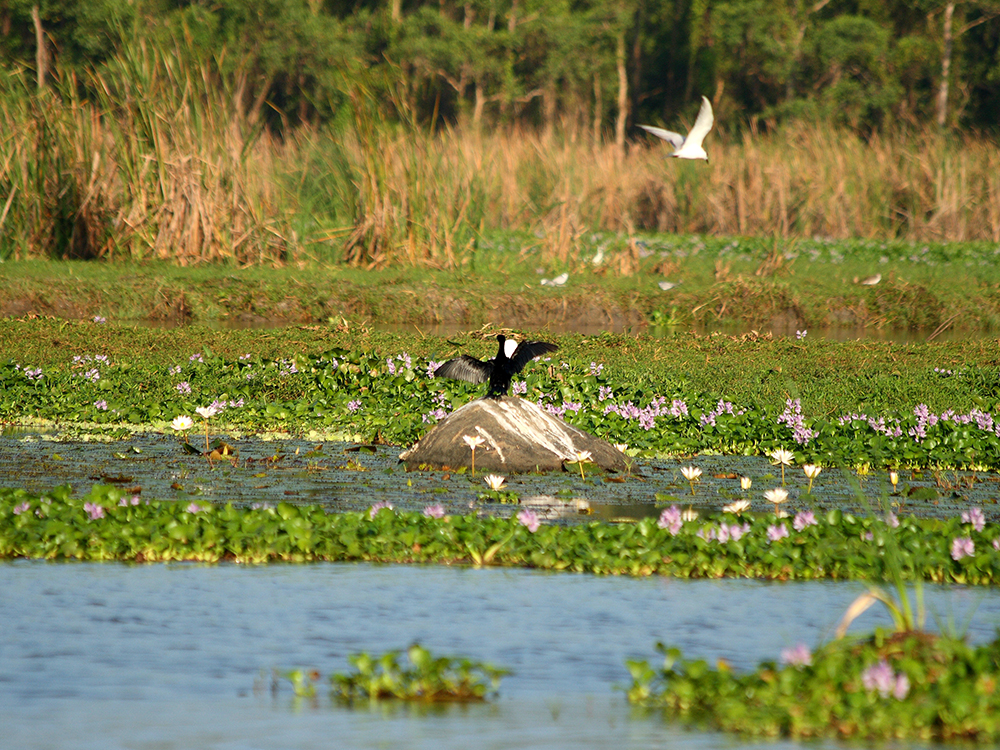 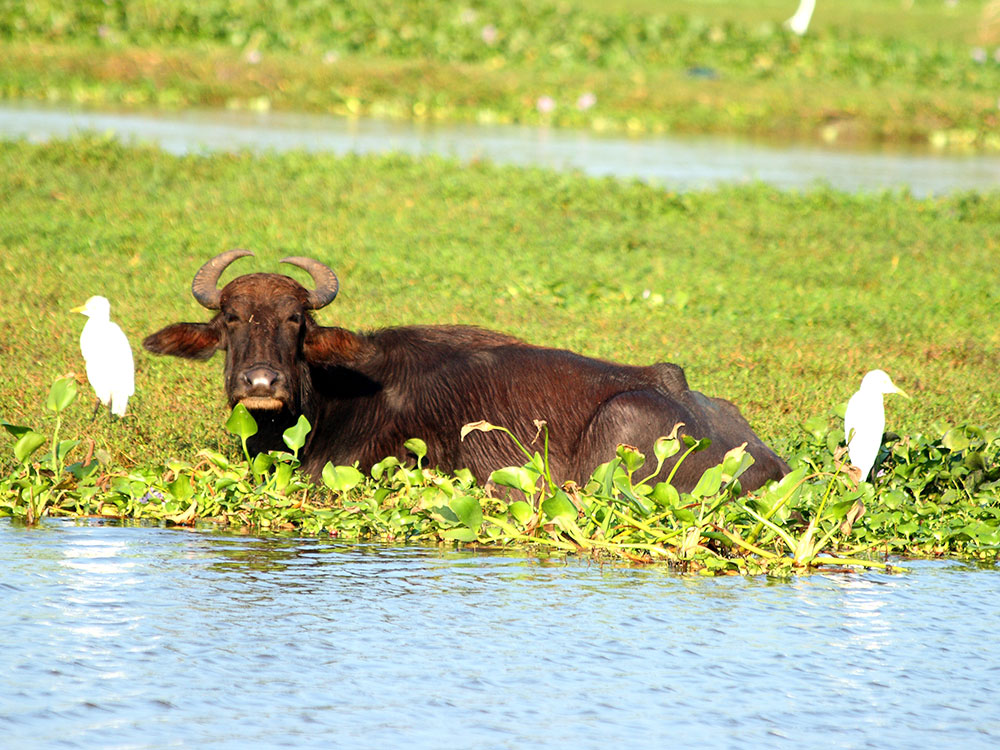 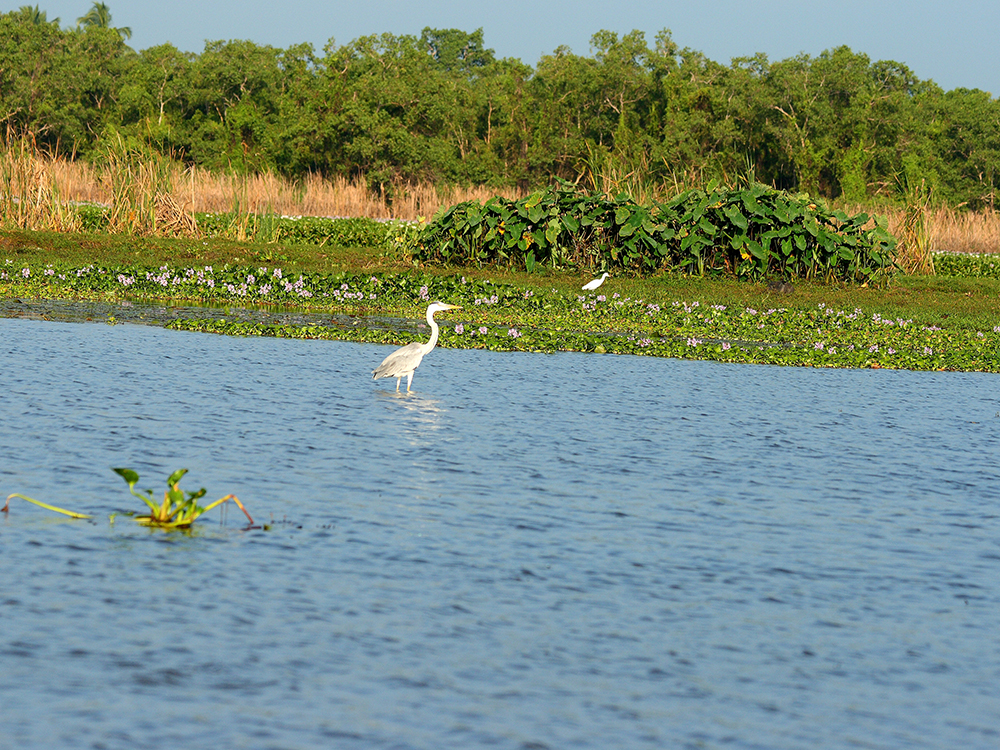 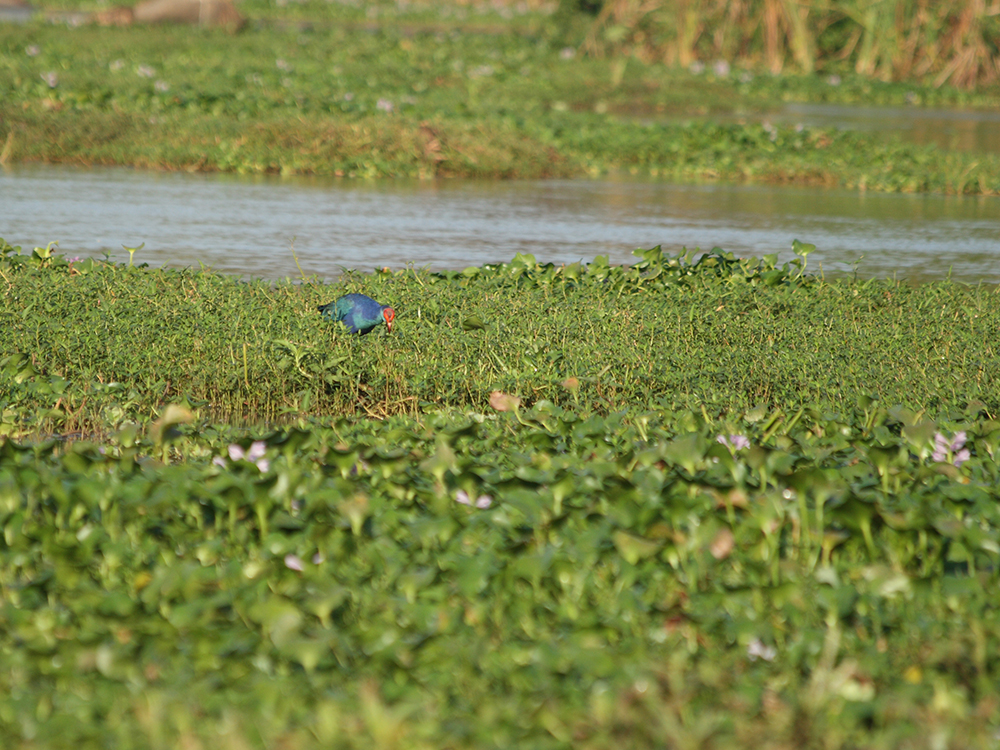 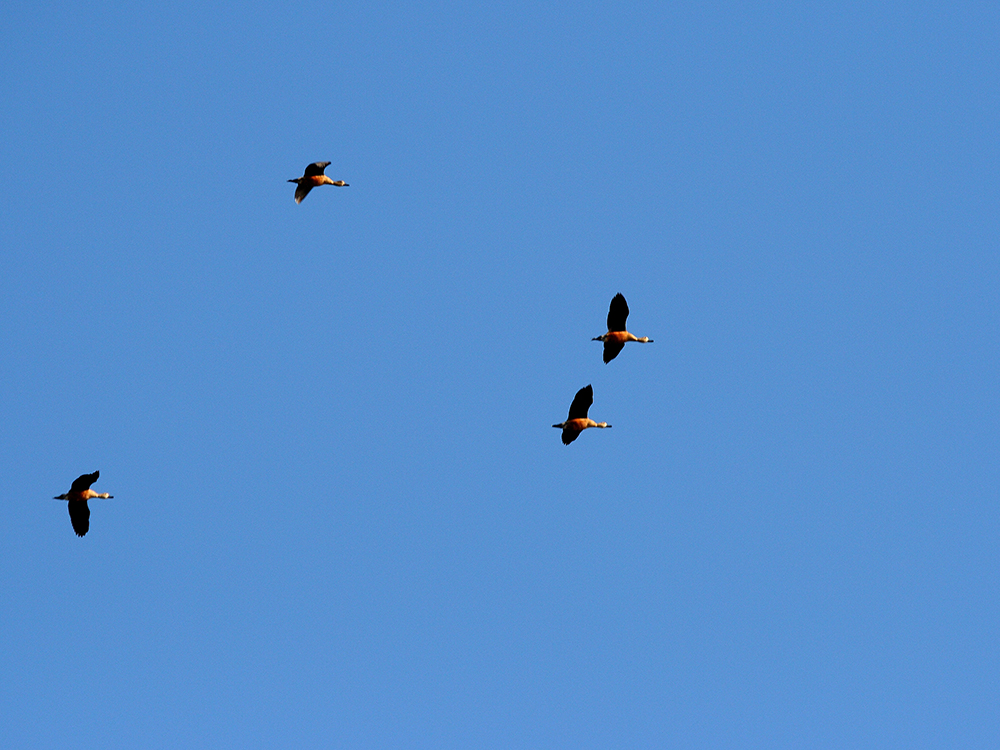 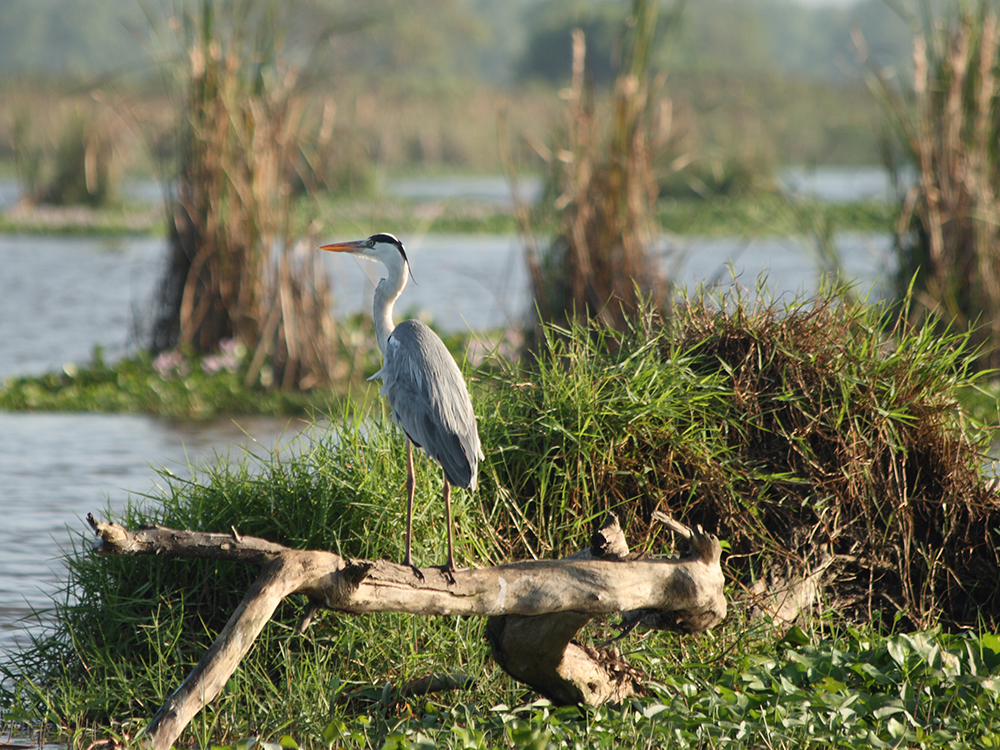 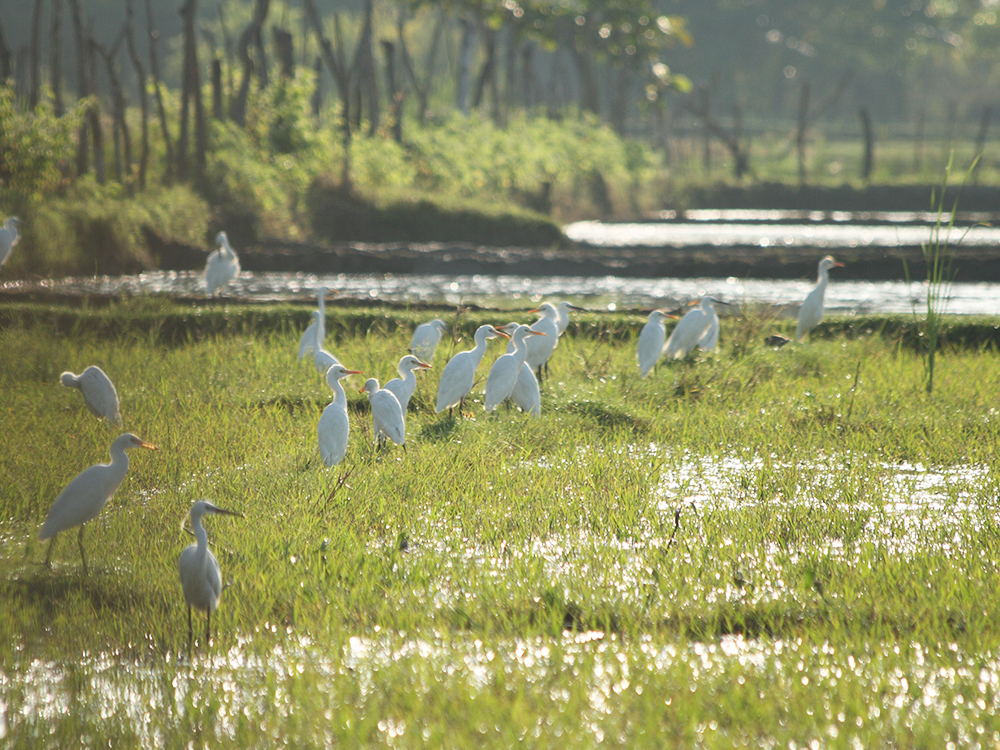 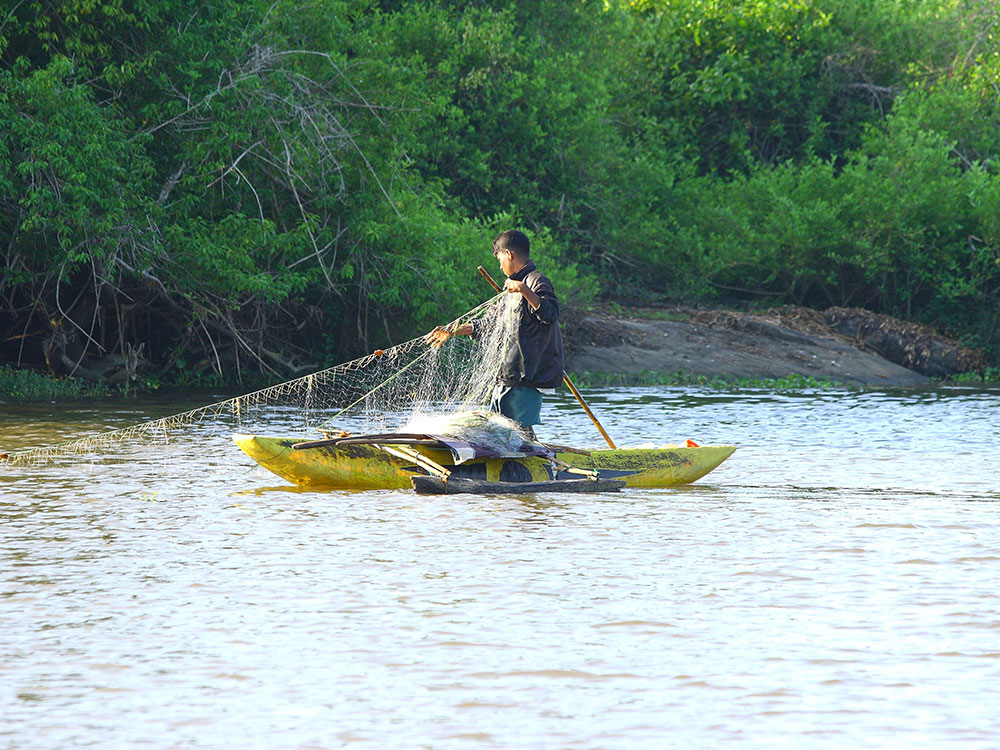