A UNESCO world heritage site and one of the oldest continuously inhabited cities of the world, Anuradhapura, founded in 380 BC by Prince Pandukabhaya according to the historical chronicle “Mahawamsa”, testify in a unique and specific way to the ancient Sinhalese civilizations architectural and irrigation prowess. The city quickly became both the capital of Sri Lanka and the sacred city of Buddhism on the island due to Mihintale, where apostle “Arahath Mahinda thero”, the son of the great Indian Emperor Asoka conveyed Buddhism to Sri Lanka. A walk along the mighty bund of “Tissa wewa” will bring you to a curious rock etching which is said to be the map of the world and beyond these rise The Isurumuniya Temple, famous for “The Isurumuniya lovers” stone sculpture. On numerous occasions the city was submitted to the assaults of invaders from southern India - Tamils, Pandean’s, Cholas etc., but managed to expel the Tamil invaders and stands today as a permanent manifesto of the culture of Sri Lanka, impervious to outside influences.

The Chinese Buddhist pilgrim “ Fa-hsien”, a tireless wonder of strange lands in the ranks of Marco Polo, Ibn Battuta and Livingstone, stood at this city gates in the year 411 AD and describes the glory of Abhayagiri monastery “ a great pagoda, four hundred feet in height and decorated with gold and silver with many other kinds of precious substances combined”.

The city is one of the principal shrines of Buddhism, sprawling over an area of 16 square miles, a large town even by modern standards. The cutting from the fig tree of Lord Buddha, brought there in the 3rd century BC, has flourished and, today, the Bodhi tree spreads out over the centre of the site from a sanctuary near the mighty Brazen Palace. The sacred city exerted a considerable influence on the development of architecture during several centuries. It includes remarkable monuments, particularly the Dagabas of colossal size, placed on circular foundations and surrounded by a ring of monolithic columns, characteristic of the Sinhalese stupas. 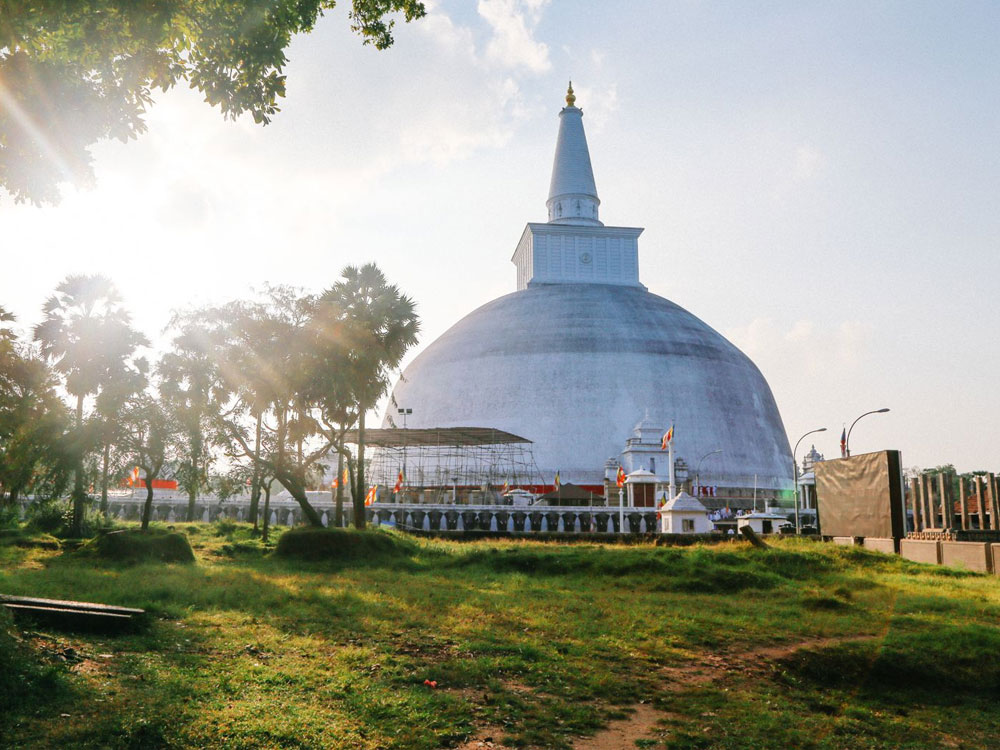 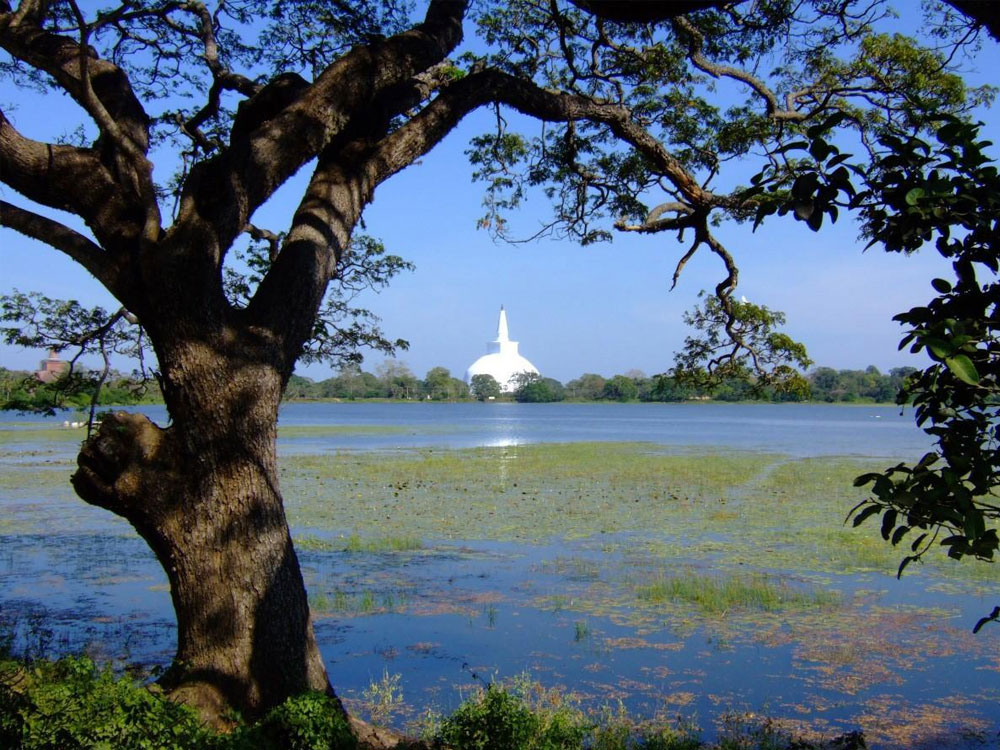 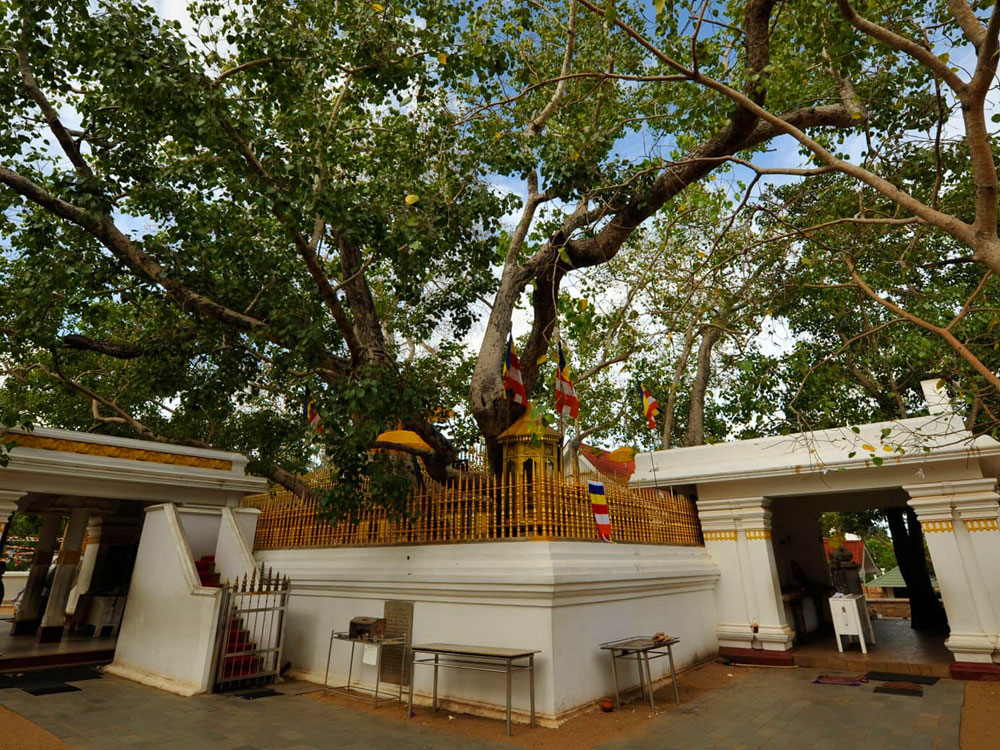 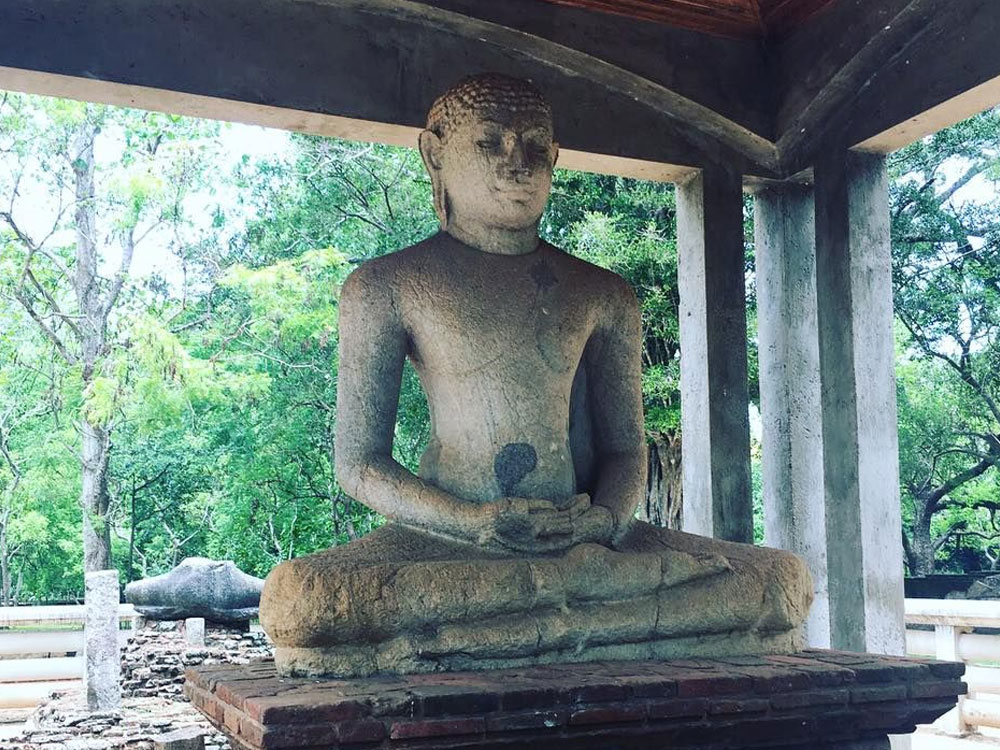 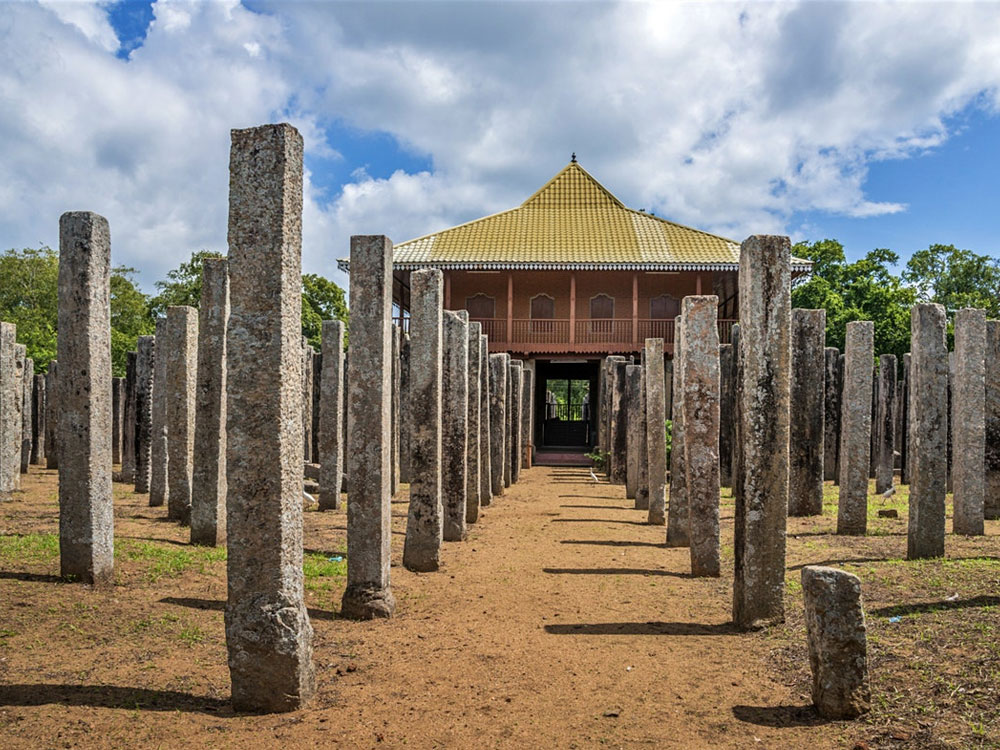 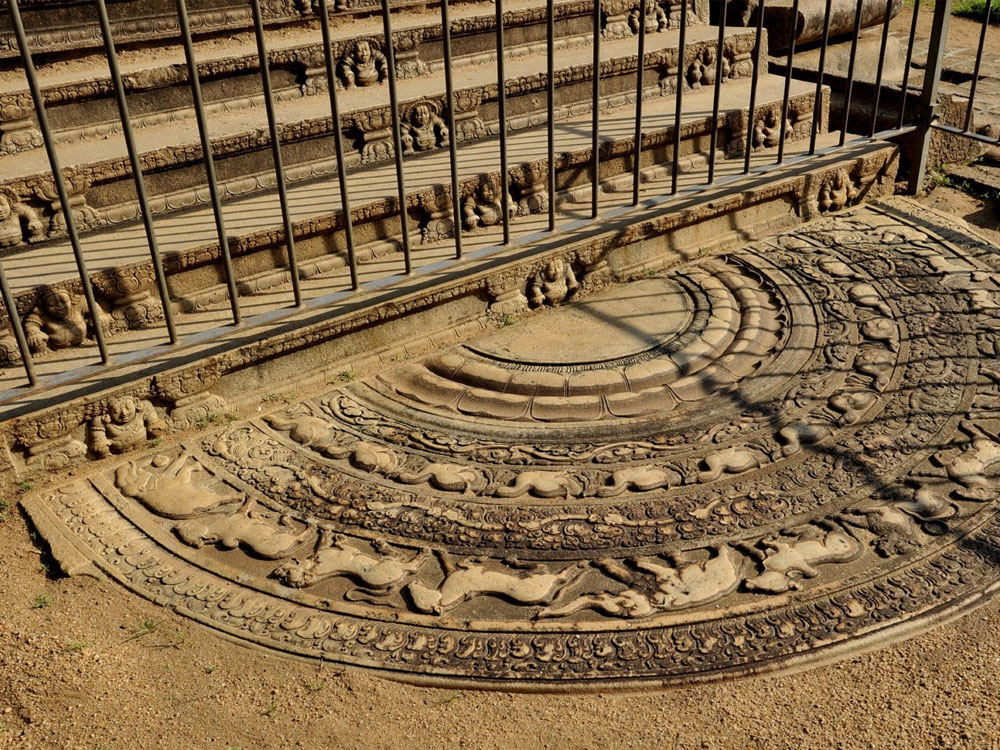 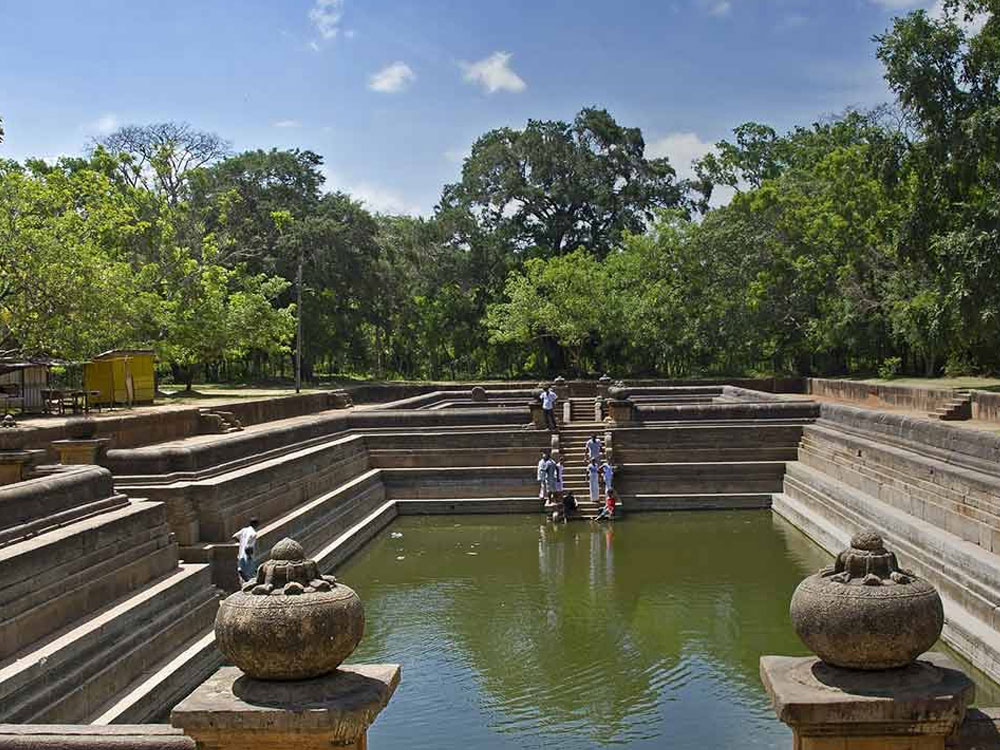 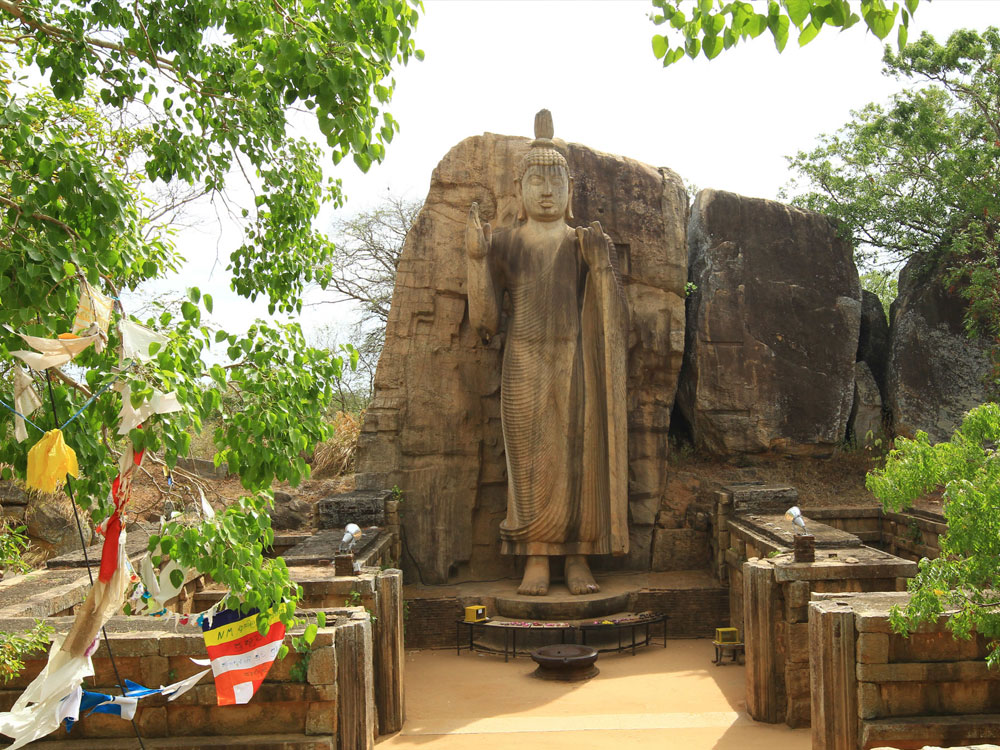